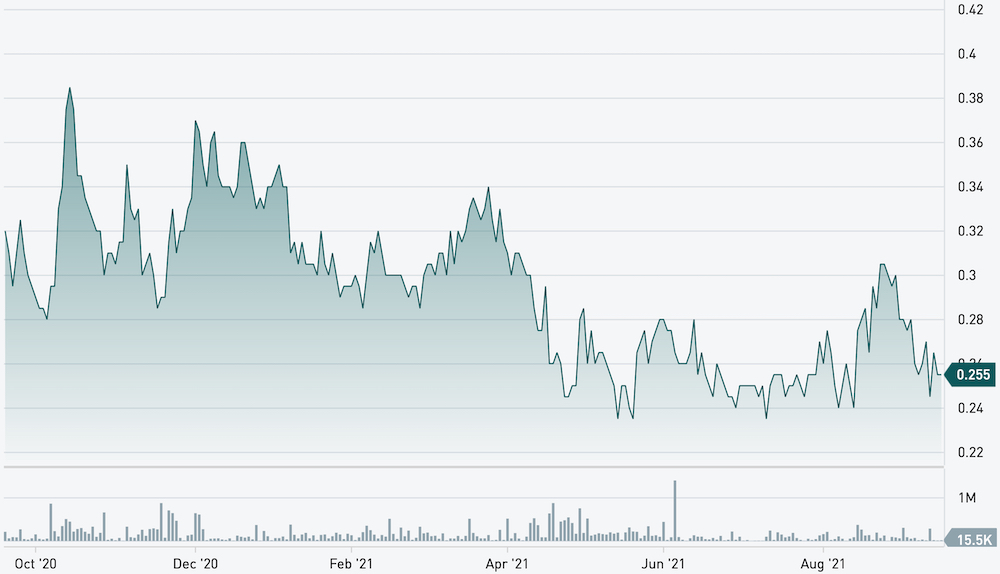 In the September 9 press release, the company reported significant shallow high-grade intercepts outside defined resources in the upper 450m along Trend #2, as well as the upper 200m along Trend #3 (see Exhibits 1 and 2).

Exhibit 1. Map showing the location of O’Brien along the Cadillac-Larder Lake Fault 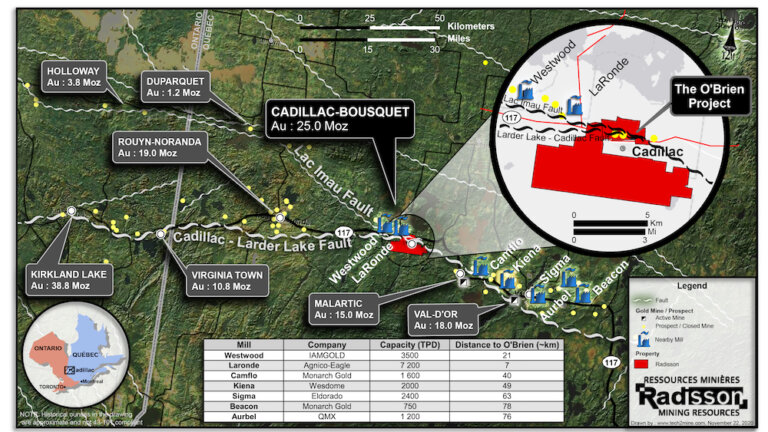 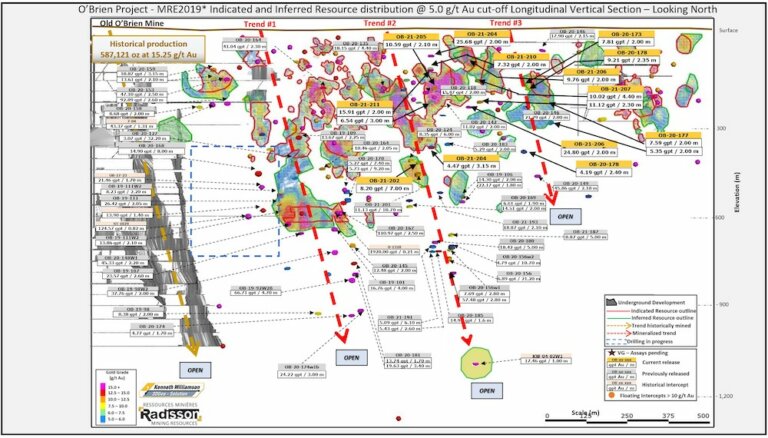 According to Radisson, drilling to date suggests the potential to “at least double” the depth extent of resources along three high-grade mineralized trends within an approximately 1km strike to the east of the old O’Brien Mine.

Radisson’s continued focus on step-out drilling highlights resource growth potential up to 330m below current resources in Trend #2, which is 600m east of the old O’Brien Mine.

The exploration drilling also continues to highlight resource growth potential along Trend #3, 900m east of the old O’Brien mine.

Newly released intercepts confirm resource expansion and exploration potential along Trend #3, where most of current resources lie from surface down to only 240m depth.

Drilling at O’Brien continues to validate the litho-structural model while highlighting resource growth potential laterally and at depth.

Radisson has to date defined and expand three high-grade mineralized trends, about 300m, 600m and 900m respectively to the east of the old O’Brien mine. The mineralized zones bear similarities with structures previously mined at O’Brien down to a depth of 1,100m, for historical production of 587,000oz grading 15.25g/t gold.

Radisson believes there is significantly more upside to be unlocked from the prospective land package that includes more than 5km of strike length along the prolific Larder Lake-Cadillac Break. Results, so far, all support the thesis of discovering and expanding additional high-grade mineralized trends as the company steps out systematically further along strike and deeper beyond the limits of drilling to date.

Given current geological understanding and the ongoing validation of the litho-structural model, the company estimates there is strong exploration potential for additional high-grade gold trends along the 5.2km prospective land package.

There are more results on the way. Of the 130,000m drilling campaign, Radisson has completed 87,470m to date with assays pending for about another 10,021m.