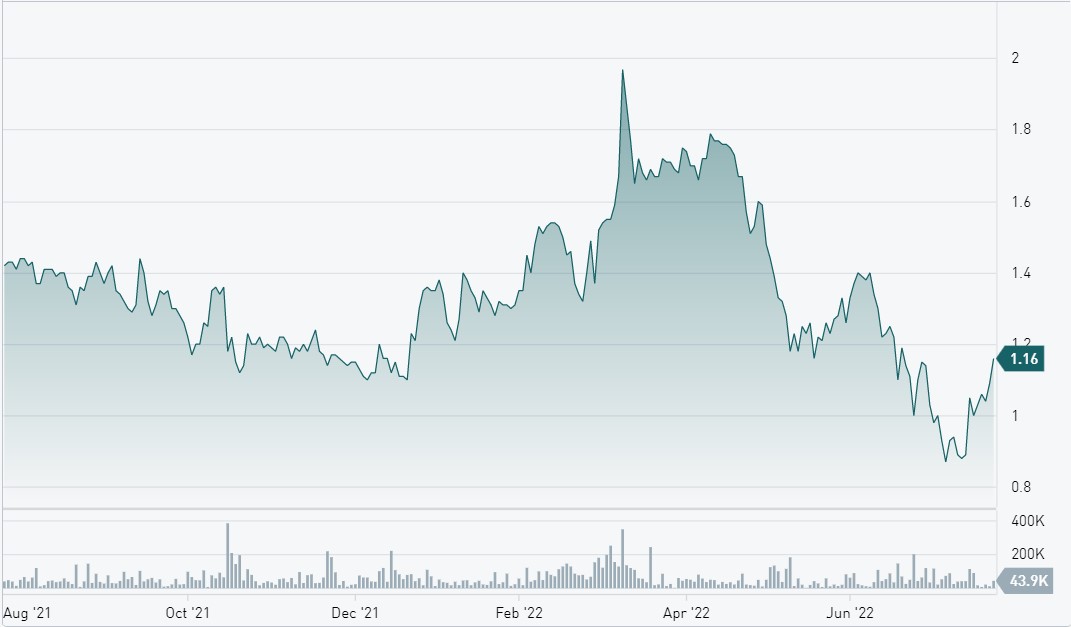 The first four holes of Kodiak’s 25,000m 2022 drill program at the MPD copper-gold porphyry Project in British Columbia (BC) are in. The wide medium- to high-grade intercepts from holes MPD-22-004 and -002 were drilled as part of infill drilling within the southern Gate Zone to address a 200m-wide gap between 2021 intersections of copper-gold-silver mineralization (Exhibit 1). The other two holes, MPD-22-001 and -003 were step outs to the southeast and southwest, respectively, from the southernmost hole from the 2021 drill program at the Southern Gate Zone. 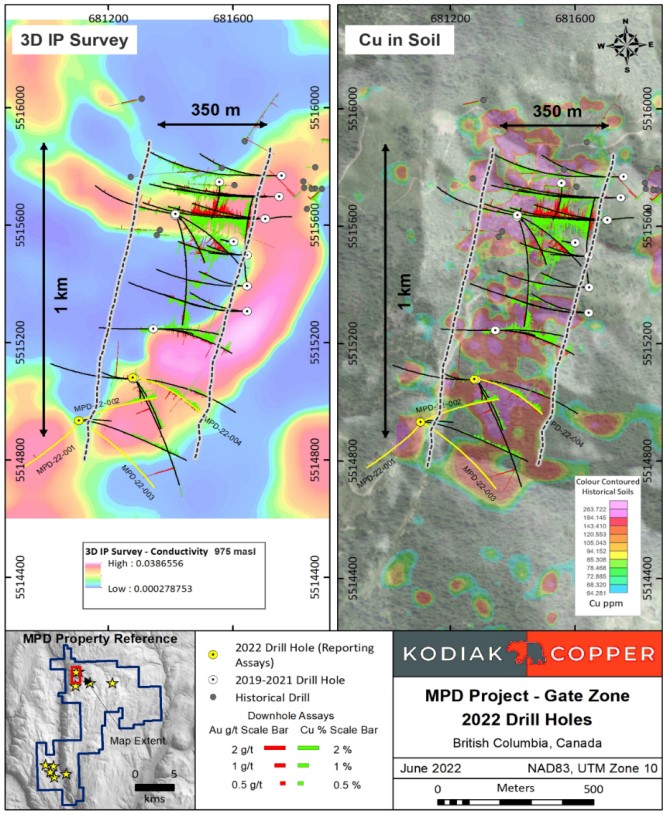 Additionally, Kodiak owns a 100% interest in the Mohave copper-molybdenum-silver porphyry project in Arizona, USA, near Freeport-McMoRan’s (FCX-NYSE) world-class Bagdad Mine. 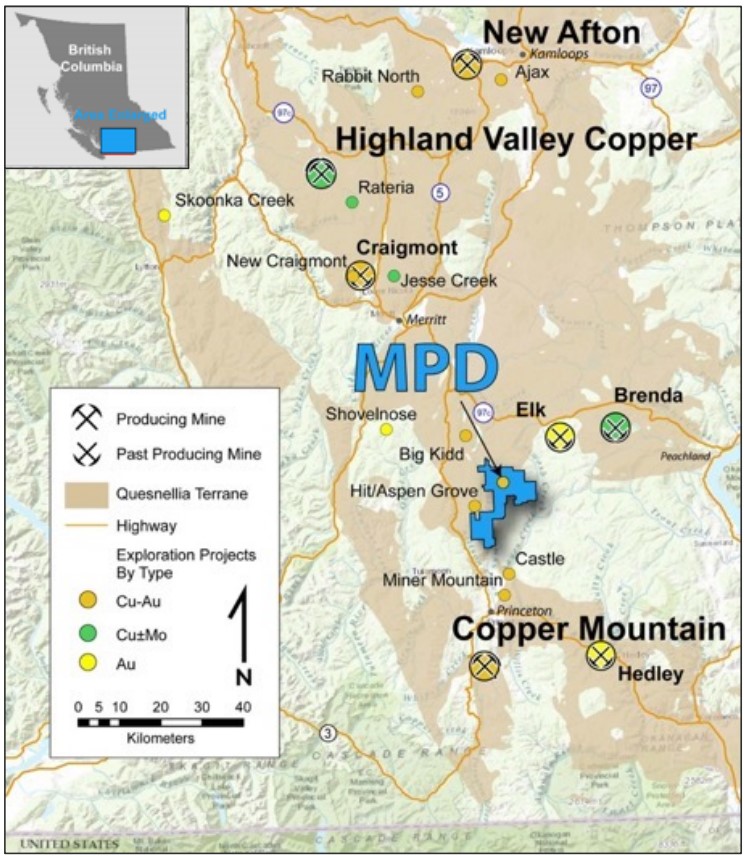 Importantly, the results seem to suggest a correlation between the 3D IP conductor anomalies and mineralization. Given the correlation, Kodiak views areas where these geophysical anomalies are coincident with copper-in-soil anomalies as high-potential exploration targets.

Furthermore, Hole MPD-22-002 ended prematurely in the mineralized zone where the hole was lost, meaning mineralization could extend further down-dip.

The other two press-released holes tested beyond the outer margins of the Gate Zone to the south and intersected minor alteration and sulphide mineralization typical of the outer margins of a mineralized porphyry system. According to Kodiak, the results from these step-out holes further establish the close association between copper-in-soil anomalies and underlying mineralization in the project area.

Kodiak is busy with ongoing drilling, up to 25,000m planned, on potential extensions to Gate and other proximal similar geophysical targets around Gate with two drills. Thirteen holes and 9,651m in the current program had been completed as of June 26, 2022.

Following the planned drilling at the Gate Zone, other high-priority targets, such as Dillard, are expected targets following receipt of new 3D IP data collected this year. The new 3D IP survey covers 7.5km2 and is reportedly half-complete.  The 3D IP Survey coverage includes southward from Gate to the Man and Dillard areas where there are planned and historical soil geochemical surveys.

Kodiak reports the Gate and Dillard Zones remain open in multiple directions and the 2022 program also remains focussed on extending known mineralization in these areas. Additional listed high-priority targets with similar geophysical and geochemical signatures as the Gate Zone include the Prime, Man and Axe areas.

For more information on the latest press releases, click here.

For more information on Kodiak Copper and the MPD Project, visit the company website here.