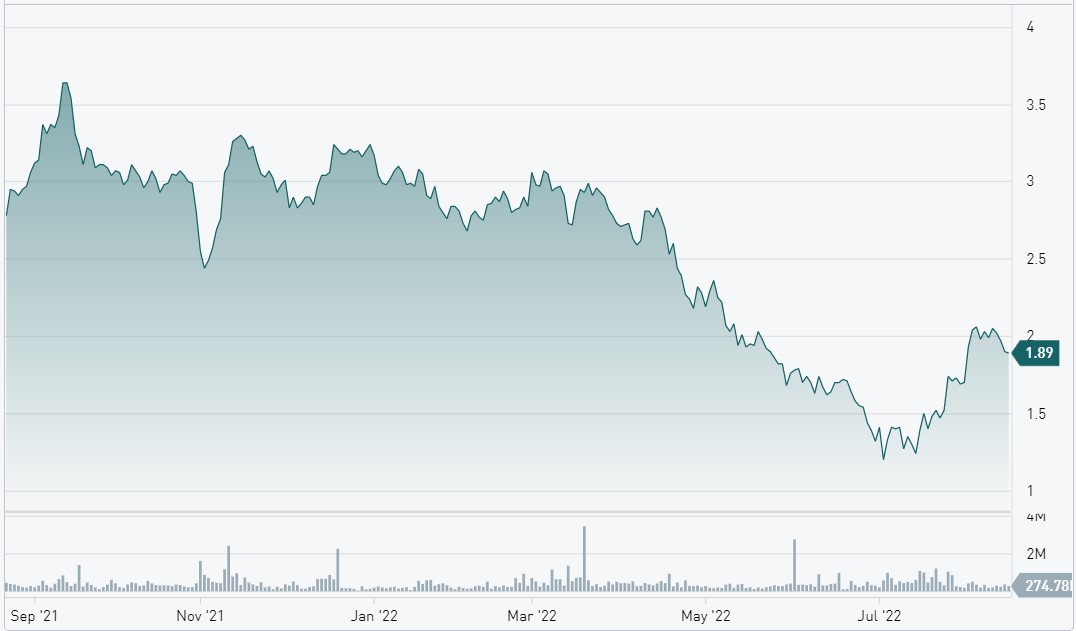 Additionally, Marathon tightened up the MREs for both the Marathon and Leprechaun Deposits after incorporating data from the 2021 Reverse Circulation (RC) drilling program. Despite total in-situ gold ounces in the M&I categories dropping 13% and 1% for the Marathon and Leprechaun Deposits, respectively, a proportionally higher amount of the lost tonnage was low-grade material (defined by Marathon as grading between 0.3g/t gold and 0.7g/t gold. Consequently, the overall estimated M&I grade for the two deposits increased by 9% each.

In aggregate, the total Valentine Project MRE (Marathon, Leprechaun, Berry, Victory and Sprite Deposits) was updated to Measured and Indicated Resources of 64.6Mt averaging 1.90g/t gold for 4.0mln ounces gold, at a gold price of US$1,800/oz. This improves on tonnage (+14%), grade (+10%) and in-situ ounces (+26%) over the previous estimate which did not include any M&I Resources from Berry. Project Inferred Resources are estimated at 20.8Mt averaging 1.65g/t gold for 1.1mln contained ounces gold.

With the positive MRE Update now behind, Marathon intends to produce a new Project Technical Report in the form of a Feasibility Study (FS) Update expected in Q4/2022. The increase in high-grade MRE material identified as potential direct mill feed could have a positive impact on the mining schedule and project economics in general.

Berry has grown into a major contributor for the Valentine Project. In the updated Valentine MRE, the Berry Deposit now comprises 27.5% of total M&I Resources giving Marathon a third significant open-pittable deposit to work into the company’s mining plan. Berry’s average gold grade at 1.97g/t also now ranks it as Valentine’s second-highest grade Deposit after Marathon. Moreover, Berry is favourably located proximal to the potential gold mill as laid out in the April 2021 Feasibility Study (FS). Altogether, Berry has the potential to have a material impact on the upcoming FS update expected in Q4/2022.

In addition to the increased ounces from Berry, the new project MRE benefits from a higher proportion of high-grade material versus low-grade material over the previous estimate. Total high-grade, open-pittable resources increased 22% in tonnage, 5% in grade and 28% in ounces. With more high-grade material designated as direct mill feed, we could potentially see an even better mining schedule in the upcoming FS update.

One of the key points is the amount of high-grade, open-pittable ounces available at Valentine. With the addition of Berry to the Marathon and Leprechaun total, M&I ounces deemed to be high-grade and within the open pit whittle shells are estimated at 38.6Mt averaging 2.73g/t for 3.4mln ounces contained gold, representing approximately 85% of total estimated M&I ounces.

Following the positive MRE update, an update to the April 2021 FS is in progress with completion expected in Q4/2020. The FS update will utilize the new Mineral Reserve Estimate, and update the production schedule and mine plan, as well as capital and operating cost expectations. This is expected to include the control budget and schedule for the construction of the Project.

Exploration focussed potentially accretive discovery continues with 50,000m of drilling spread over the Berry and Victory Deposits. Grassroots exploration drilling of targets along the eastern arm of the Property is also reportedly planned for 2022.

Marathon awaits the completion of the federal portion of the Project Economic Assessment which would be marked by a positive Decision Statement on the acceptability of the Project by the Minister of Environment and Climate Change Canada.

For more information on the latest press releases, click here.

For more information on Marathon Gold and the Valentine Gold Project, visit the company website here.