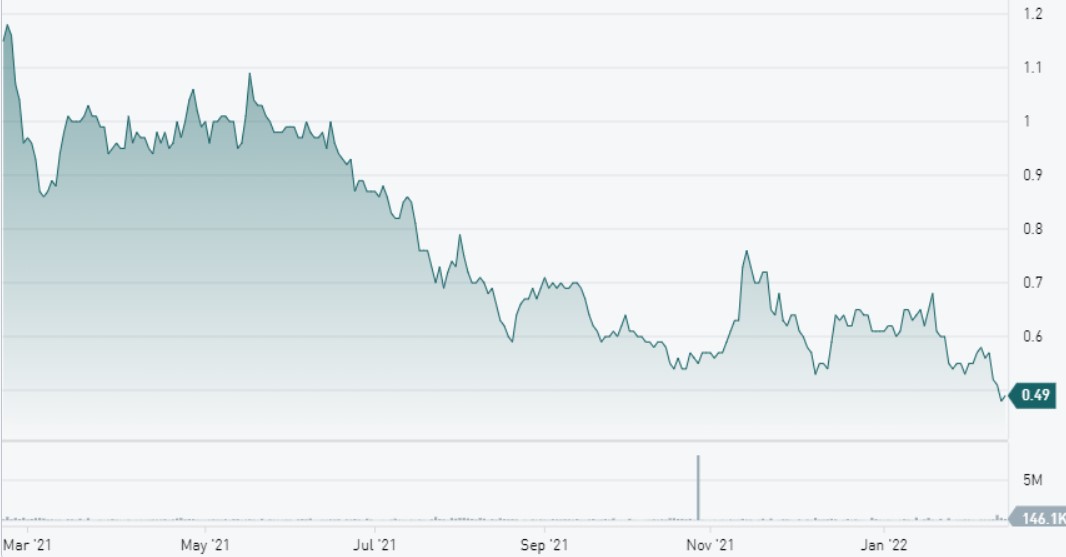 Galway also provided an update on the expanded Estrades drill programme. Three drills are turning as part of a 25,000m programme. Potential copper source vents, below and on both sides (east and west) of the Estrades Resource, are stated to be high priority targets. Other drill targets mentioned include volcanogenic massive sulphide (VMS) targets reported along both the Estrades Horizon and along the Newiska Horizon to the south (Figure 1). Drilling is said to be underway on both horizons. 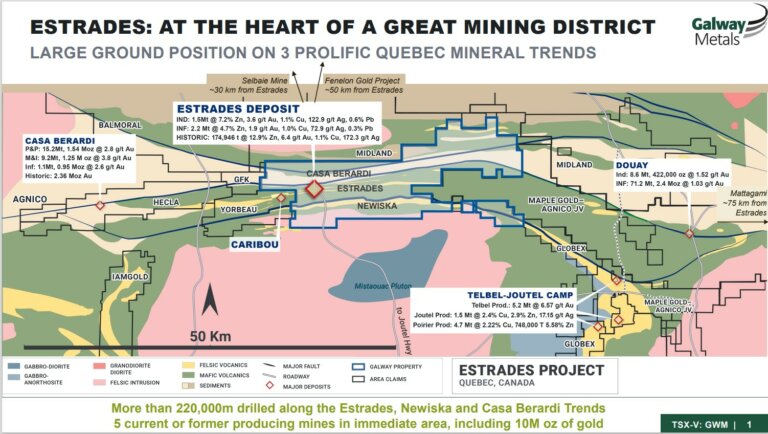 The Estrades Resource comprises stratiform, massive sulphide mineralization, spatially related to felsic volcanic rocks known historically as the ‘Main Felsic Unit’. In the Western block of the Resource, two mineralized horizons are separated by a mafic intrusion, or by a younger assemblage of extrusive felsic rocks, in conformable contact with the mineralization. The sheet-shaped mineralized horizons have been traced to a depth of approximately 750m on the eastern fault-block side of the Resource and to a depth of 1000m on the western fault-block side. From July 1990 to May 1991, 174,946 tonnes of ore grading 1.1% Cu, 13% Zn, 6.35g/t Au and 172g/t Ag were produced from previous operator Breakwater Resources.

Four new, large-diameter, PQ-sized holes were drilled for metallurgical and ore sorting purposes. Holes 82 and 85 were located directly below historical workings. Holes 83A and 84 were drilled to pierce the deposit proximal to previously-reported hole 57 (10.7g/t Au, 423g/t Ag, 22.8% Zn, 2.8% Cu and 2.6% Pb over 2.7m) west of center and beneath the Central Zone (Figure 2). These four holes intersected the massive sulphide mineralization and disseminated sulphide mineralization as intended. In addition to providing material for testing purposes, they increase the drilling density in those areas which can help improve the local Resource modelling. 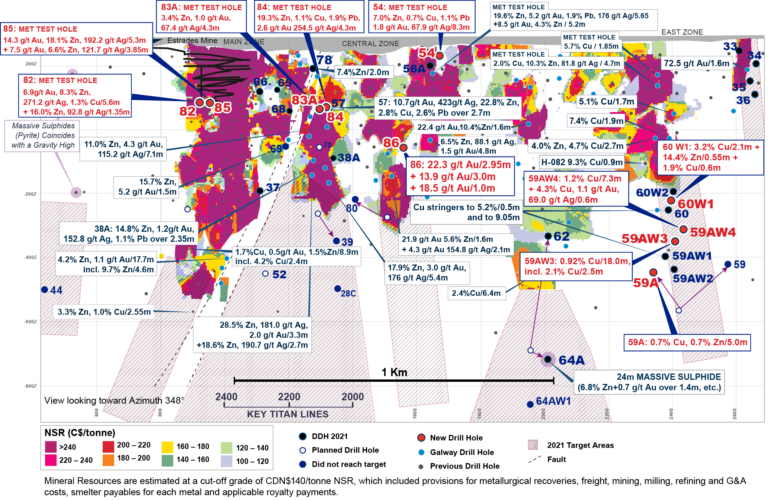 Newly released assay results from exploration drilling extend known mineralization at depth in the copper-rich eastern portion of the deposit (Figure 2). These holes are located between 146m to 343m below the deepest hole included in the Resource.

The other four holes were drilled to pierce below the current Resource outline on the eastern-most side of the deposit.

Current gold, silver, copper and zinc metal prices are in favourable territory these days relative to the price assumptions used in the 2018 Resource Estimate. Presumably, this has driven a renewed focus for Galway on Estrades, while they continue to outline an emerging gold district at Clarence Stream in New Brunswick (see Company Highlights below). The Company believes there remains strong potential for discovery of deeper mineralization along the projected depth extensions of at least five high-grade shoots of mineralization as indicated by the hatched 2021 target areas depicted in Figure 1.

Next Steps at Estrades

Engineering, metallurgical and ore sorting efforts continue. Ore sorting tests are underway to test the potential to reject waste rock and lower mill feed dilution. If successful, there is potential to reduce transportation and mill costs and create less tailings, all potential wins from a cost basis and in terms of reducing the environmental footprint.

All required metallurgical samples for testing have been acquired. The work is expected to be conducted later this year. Historical recovery rates using conventional processing methods were 93% zinc, 90% copper, 86% lead, 78% gold and 63% silver.

Exploration drilling aimed to the expansion of the Estrades Deposit at depth and both to the east and west of the Deposit is expected to continue.

Exploration Drilling on the Newiska Horizon could also bear fruit. The Newiska VMS Horizon south and to the east of the Estrades Deposit (Figure 3) is host to extensive copper stringer zones over 132m and sizeable geophysical anomalies over a 5km strike length. In the area, TITAN-delineated strong conductors are reportedly co-incident with gravity high anomalies in the host rhyolite. Typically, felsic rocks are less dense and present a gravity low anomaly, therefore the gravity highs could potentially indicate the presence of high concentrations of sulphides.

We note that 20km to the east, the Newiska VMS Horizon is home to the past-producing Telbel Gold Mine (1.1mln ounces at 6.6g/t Au in 5.2mln tonnes) and the former producing Joutel and Poirier VMS mines. 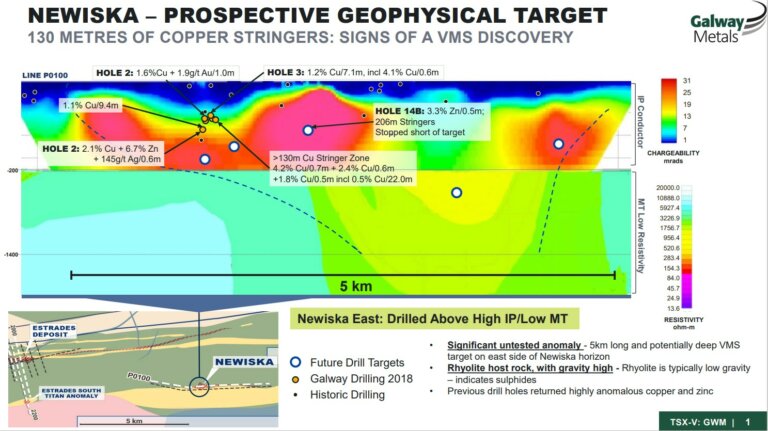 Directly to the south of the Estrades Deposit, another TITAN conductor is a high-priority target where previous drilling intersected 3.1m of massive pyrite within rhyolite. Galway stated the plan is to drill below the pyrite and test the strong conductor. Five historical drill holes in the area returned narrow intervals with high-grade copper anomalies. (Figure4).

Additional geophysical surveys are expected this winter for target generation as follow-up to a previous FALCON gravity survey and a previous TITAN IP/MT survey. Expected survey areas include along the current Estrades Resource and on the east-west extensions, as well as along the Newiska Horizon.

Lastly, Galway is evaluating alternative long-hole mining methods as a means to potentially improve project economics given the near-vertical dip and continuity of the sheet-shaped Estrades Deposit.

*For a complete description of Resource assumptions, please review the relevant technical reports