Hole SN22-212 drilled in the FMN Zone intercepted 23.03 metres of 37.24 grams per tonne (g/t) gold and 214.7 g/t silver, which at 857.64 gram-metres, represents the highest gold-silver intercept to date. This intersect is over 2km for the heart of the South Zone illustrating the potential for expansion and new discoveries. 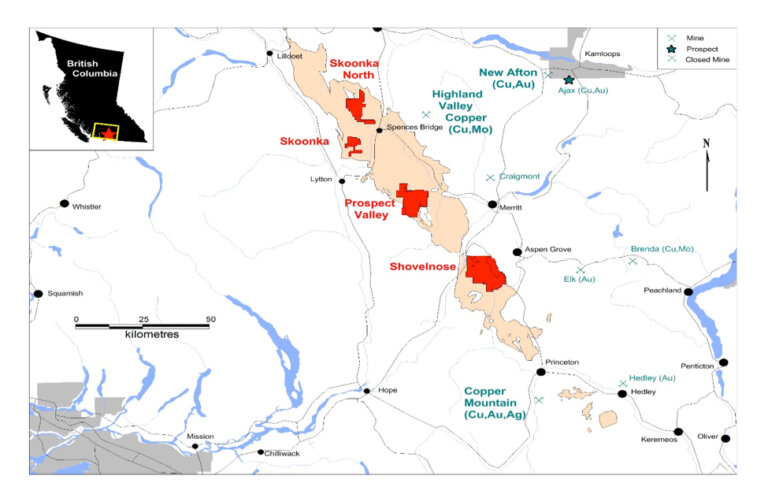 Westhaven’s efforts at FMN continue to intersect these two styles of mineralization.

The highlighted drill hole SN22-212 (see Exhibit 3) included an interval of 1.12m grading 294 g/t gold and 2,110 g/t silver. The hole is located just more than 2km from the heart of the South Zone open-pit resource.

The company believes the FMN Zone has the potential to contribute significantly to the property-wide future precious metals inventory.

Given the robust nature of this system and low drill density in this area, we believe Westhaven has a district-scale opportunity to discover more high-grade chutes along about 4km of highly prospective trend. 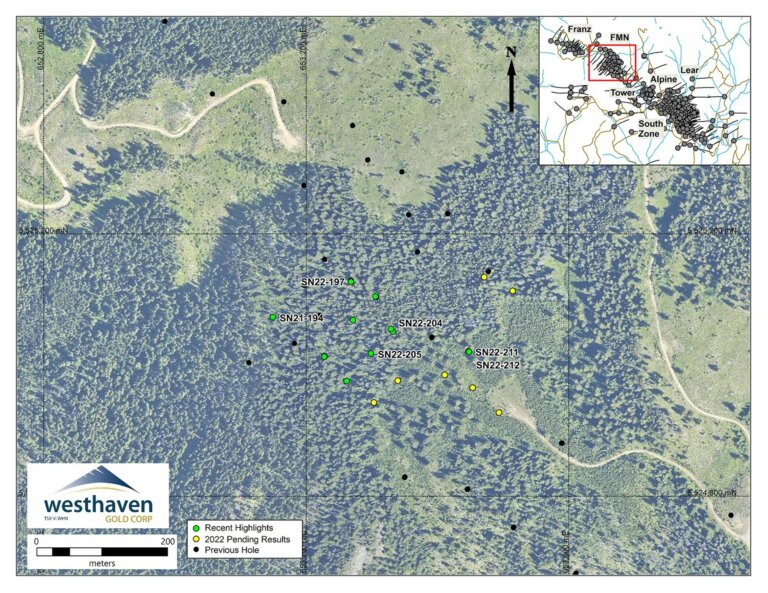 Drilling at FMN is planned to continue along 50m fences on strike toward the southeast to follow up on additional mineralization uncovered during 2020 drilling.

In addition to the drill currently located at the FMN Zone, a second rig has been added at the Alpine Zone focused on following up on hole SNR21-55, which intersected 3.13 metres of 45.23 g/t gold and 195.64 g/t silver.

Recent drilling at the Alpine Zone encountered similar geology to that encountered in SNR21-55, including intervals containing marcasite, adularia and ginguro bands. 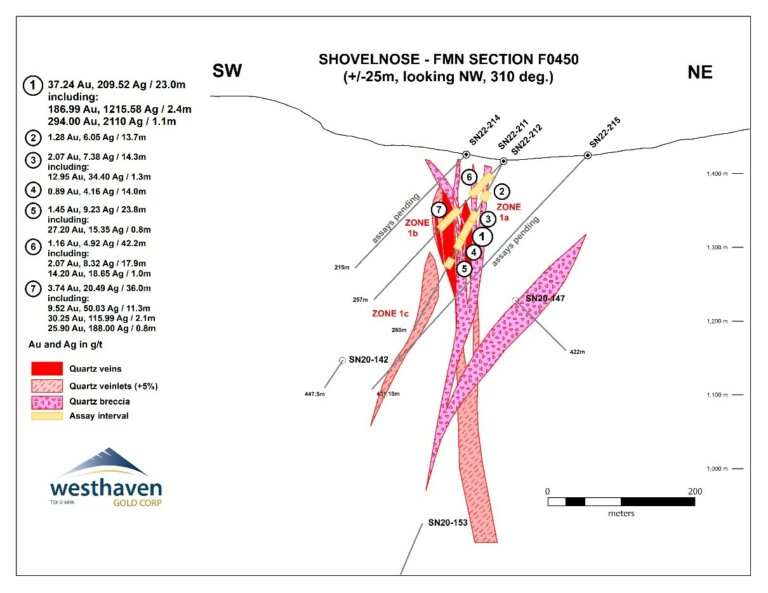