The company interprets the results from holes aimed at the central portion of the Taurus Deposit, known as the 88 Hill and Gap Zones, as confirmation of continuous zones of higher-grade, near-surface gold mineralization occurring at less than 100m vertical depth.

Recall, the Taurus Deposit hosts an existing near-surface, bulk-tonnage Inferred Gold Resource of one-million ounces grading 1.43 grams per tonne (g/t) gold, and it is likely to growth on the back of the 2021 exploration program. 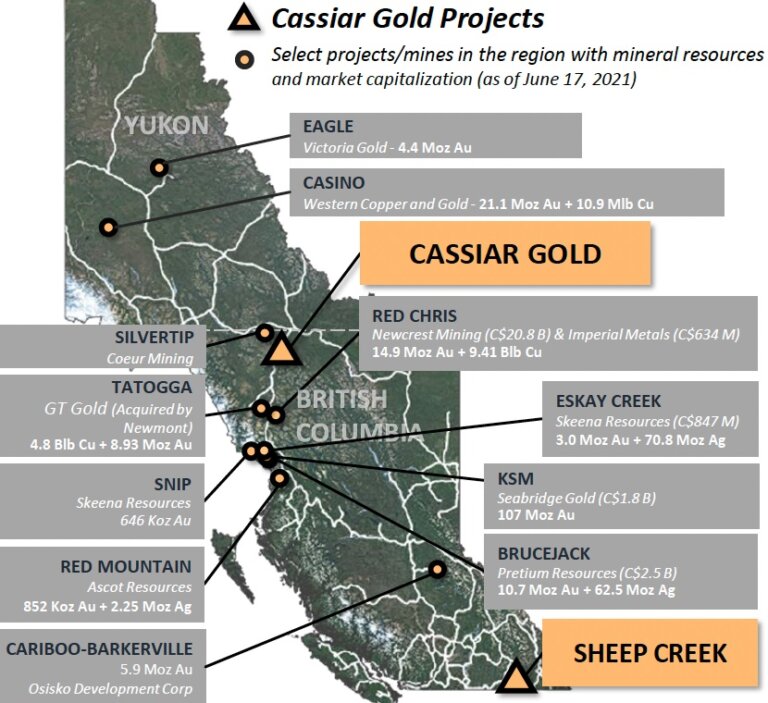 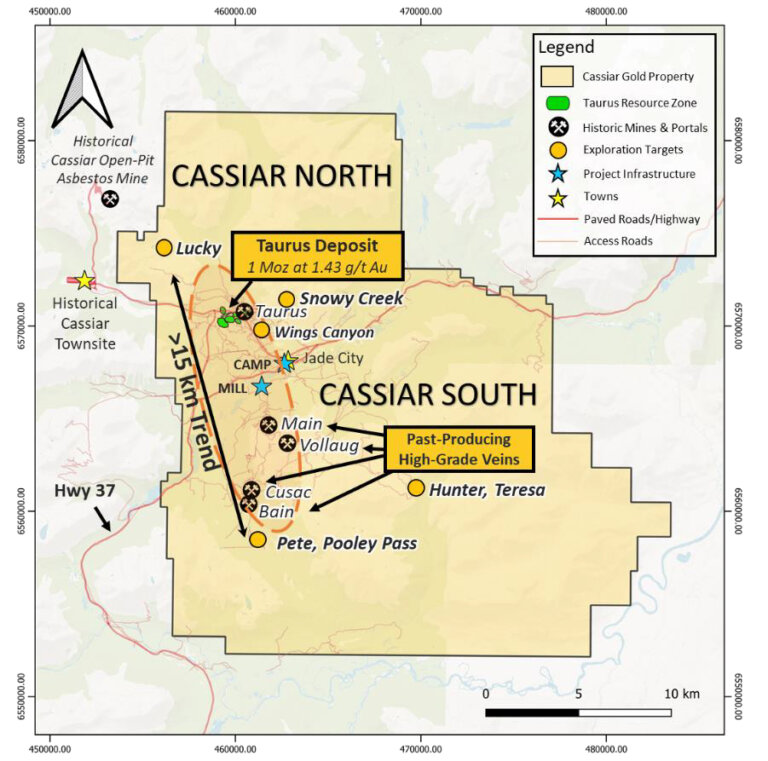 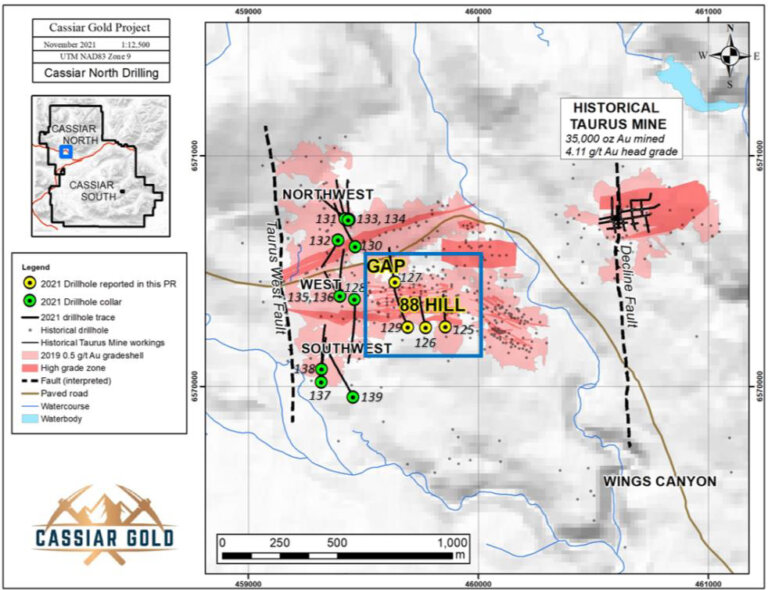 Cassiar interprets the hole as intersecting several broad intervals of gold mineralization over a drill length of about 125m, including notable intercepts of 52.3m of 1.16 g/t gold, 37.8m of 1.8 g/t and 13.1m of 3.53 g/t. The hole also included significant narrow, high-grade veins that returned up to 51.7 g/t Au over 0.5m. We view the results from this hole as further validating data from the company’s 2019 NI43-101 Resource Estimate and expect it to contribute to the ongoing efforts to upgrade the resource.

Meanwhile, hole 21TA-126 was an infill drill hole located within a 75m gap between historical drill holes along the southern margin of the 2019 NI43-101 resource 0.5 g/t gold grade shell. The results are said to be consistent with the resource estimate model and suggest a higher potential for southward extension of the deposit to the west and east.

The hole indicates that near-surface mineralization remains open laterally and is expected to provide the basis for updated modelling in this area. 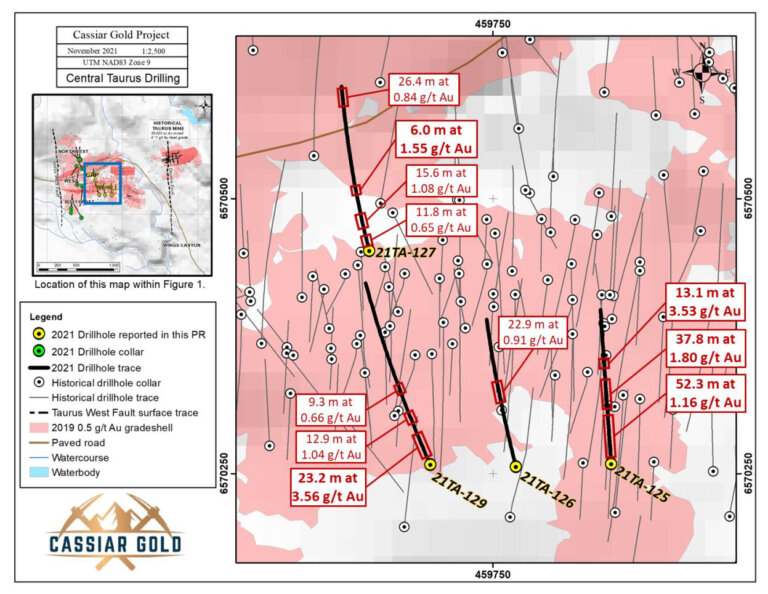 Over at the Gap Zone, where only sparse historical drilling had been completed, the company followed up from gold mineralization identified in the 2020 field campaign.

Drillhole 21TA-127 was drilled to infill a 100m east-west and 200m north-south gap between historical holes. According to the company, the grades returned appear to be consistent with historic Taurus Deposit grades and suggest that future infill drilling in this area could expand the resource.

34 Drill holes totalling 11,288m were completed consisting of 4,098m in 15 holes within or close to the Taurus Deposit at Cassiar North, and 7,000m in 19 holes targeting high-grade vein systems at Cassiar South.

At Cassiar South, results remain pending for 13 drill holes that were completed at the East Bain, Cusac, Hot, and Vollaug veins.

For complete information on Cassiar Gold, please visit the corporate website at cassiargold.com.