On November 3, 2020, the world witnessed a U.S. election truly like no other. President-elect Joe Biden won an election that saw the greatest number of votes cast in U.S. election history and the highest voter turnout rate since 1900, winning the popular vote by over seven million votes. With more than 50 legal challenges by President Donald Trump and his allies already lost or withdrawn, and the Electoral College confirming his victory on December 14, it is clear that Biden will be entering the White House on January, 20, 2021.

In total, TC Energy expects to employ more than 11,000 Americans in 2021, […] cancelling such significant economic activity may be politically perilous for the President-elect.

A Biden administration will herald many changes in the Canada/U.S. relationship, including matters that will be of consequence to Canada’s oil and gas sector. Of the greatest concern to the sector will be Biden’s climate policy and the attendant impact on the Keystone XL pipeline currently under construction. However, the interplay between Biden’s potential policy objectives muddy the waters in terms of potential overall impact on the sector. Let’s explore how some of these policies may play out and whether the Canadian oil and gas sector may be a winner or loser under each.

First, let’s touch on the headline issue for the sector. Biden has championed net-zero emissions by 2050 amidst an energy transition. What does this mean for Canadian oil and gas? Perhaps the single largest question mark relates to the Keystone XL pipeline, which is still plodding along after over a decade of environmental, political and legal challenges. Earlier this year, the Government of Alberta made a $1.5 billion equity investment in the Keystone XL pipeline to secure a positive final investment decision by TC Energy Corporation, the project proponent. Alberta also agreed to provide a $6 billion loan guarantee to the project. With this support, construction on the pipeline commenced, but the U.S. election loomed large. At that point in time, Biden had yet to clarify his views on the project, which had been vetoed by former President Barack Obama while Biden was Vice President. Subsequently, however, during his presidential campaign, Biden made clear his intention to prevent the completion of Keystone XL.

Biden can, with the stroke of a pen on his first day in office, cancel the presidential permit for the Keystone XL pipeline. However, TC Energy has now begun construction of the pipeline in the U.S. and expects to employ over 8,000 union workers in 2021. In total, TC Energy expects to employ more than 11,000 Americans in 2021, creating more than $1.6 billion in gross wages. As the U.S., like the rest of the world, recovers from the economic ravages of the COVID-19 pandemic, cancelling such significant economic activity may be politically perilous for the President-elect. This political conundrum is compounded by an expected Republican-led Senate. Early voting has begun in two Georgia Senate runoffs that will determine which party will control the Senate for the next two years. The runoff election will take place on January 5, 2021. Unless the Democrats win both runoff races, Senate control will remain with the Republicans, who are supportive of Keystone XL. A Republican-led Senate would be a formidable check on Biden’s climate ambitions. In that scenario, allowing Keystone XL to proceed may be a useful bargaining chip for Biden.

The fate of Keystone XL may also be impacted by the efforts of the federal and Alberta governments in encouraging Biden to stay the course in allowing Keystone XL to proceed. Indeed, Alberta’s equity investment in the pipeline was made partly to bring political pressure to bear in any discussions with a new U.S. administration. Similarly, Indigenous group Natural Law Energy’s agreement to invest up to $1 billion in Keystone XL will demonstrate Indigenous support of, and commitment to, the pipeline. Along with the federal government’s own ambitious climate policies, perhaps Canada can obtain “social licence” from the Biden administration for Keystone XL. The theory regarding social licence is that the quid pro quo for significant environmental and social protections and policies would be the acceptance of economically vital infrastructure projects such as pipelines. The irony here is that the former Rachel Notley government in Alberta also relied on obtaining such social licence from the Trudeau government with her own ambitious climate agenda but found an uncooperative federal government – one of the reasons she was swept from power in Alberta in 2019. Perhaps Prime Minister Justin Trudeau can find more cooperation from Biden than he gave to Notley and successfully champion Keystone XL to completion.

On another front, Biden’s foreign policy objectives will have ramifications for global oil prices. In particular, Biden has said he would support the 2015 nuclear deal with Iran, raising the possibility of loosening sanctions on the country that have severely restricted Iranian oil exports. However, Biden will be walking a tightrope in negotiating with the Iranians, particularly with a presidential election in Iran in June. If Biden does ease sanctions, 1-2 million barrels per day of Iranian oil exports may come to market. This supply shock would result in lower global oil prices, negatively impacting all oil producers, including those in Canada.

Beyond Keystone XL, Biden’s ambitious climate agenda will also have an effect on North American oil and gas supply and demand. On the demand side of the equation, Biden climate policies may reduce U.S. demand for oil and gas. As the largest market for Canadian oil and gas production, such demand reduction, and the resulting commodity price reductions, would be negative for the Canadian oil and gas sector.

January 20, 2021 will be a momentous day. There will understandably be much anxiety in the Canadian oil patch as President-elect Biden ushers in his new administration. With the waters muddied, the Biden effect on the Canadian oil and gas sector is far from clear. 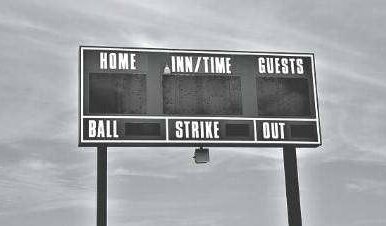