President Joe Biden entered the White House on January, 20, 2021, after more than a little drama in the U.S. Capitol in the preceding weeks and months. As expected, there were both immediate and potential ramifications for the oil and gas sector in Canada. In my last article, I speculated about the potential pros and cons of a Biden administration to the Canadian oil and gas sector. Let’s see how the scorecard for Canadian oil and gas looks as we approach 90 days of the new administration.

The headline issue for the sector at the time of inauguration was the fate of the Keystone XL pipeline. By the time the election rolled around, Biden had made clear his intention to prevent the completion of Keystone XL. For the Canadian oil and gas industry, the hope was that much-needed jobs in a pandemic-ravaged economy may sway the President to reconsider his view on Keystone XL. Alternatively, perhaps a Republican-controlled Senate could provide a check on Biden’s climate ambitions and attendant aversion to Keystone XL. On the latter point, President Trump became the first president since 1932 to lose re-election, the House and the Senate. With a majority (albeit just barely) now in the Senate, the Democrats control both the legislative and executive branches of government, limiting their need to cooperate with business-friendly Republicans. On the former point, Biden seems determined to push through a climate change agenda – perhaps emboldened by a surprisingly resilient economy. The result, as feared, was that Biden did indeed, with the stroke of a pen on his first day in office, cancel the presidential permit for the Keystone XL pipeline.

As we previously suggested, the silver lining for Canadian oil and gas producers may be the effect Biden’s climate agenda may have on the supply side of the equation.

While a betting man should not place his money on the completion of Keystone XL, it should be noted that Biden’s executive order canceling the permit for Keystone XL does not necessarily mark the end of the road for the controversial pipeline. Twenty-one Republican-governed states are suing Biden and his administration over his revocation of the Keystone XL permit. The states claim that Biden over-stepped his executive authority in revoking the permit. It remains to be seen if this lawsuit will alter the fate of Keystone XL.

As we previously suggested, the silver lining for Canadian oil and gas producers may be the effect Biden’s climate agenda may have on the supply side of the equation. Since taking office, he has imposed a moratorium on leases for federal lands and waters, indefinitely postponing lease sales for the Gulf of Mexico, New Mexico and several western states. He has also imposed a moratorium on new well permits, unless approved by senior-level staff members. Biden has said he will “review and reset the oil and gas leasing program”. The U.S. oil and gas sector is justifiably concerned about the potential impact of such a review. Of paramount concern is whether the moratoriums may be made permanent. Biden has also promised to end fossil fuel subsidies in the U.S. These aggressive moves will undoubtedly reduce investment in, and production out of, the U.S. oil and gas industry. This inevitable decrease in U.S. production will not only be supportive of global crude oil prices but will also improve the supply/demand balance for Canadian oil and gas producers exporting oil and gas to their largest customer, the U.S.

The issue of Iran also remains in the headlines and is a wild card for the global oil market. Biden has been consistent in his support of the 2015 nuclear deal with Iran, raising the possibility of loosening sanctions on the country that have severely restricted Iranian oil exports. If Biden does ease sanctions, 1-2 million barrels per day of Iranian oil exports may come to market. This supply shock would result in lower global oil prices, negatively impacting all oil producers, including those in Canada. However, since coming into office, Biden has refused to provide sanction relief until Iran resumes compliance with the nuclear deal – a position that has not been acceptable to Iran. This chicken-and-egg stand-off has kept the two countries away from the negotiating table. However, progress has finally been made as the U.S. and Iran have agreed to indirect talks this week. Timing is of the essence, however, as campaigning will kick off in May for the Iranian presidential election in June. It is unlikely that Iran will want to be in negotiations after election campaigns begin. A temporary agreement between Iran and the International Atomic Energy Agency also expires in late May, adding additional urgency to a resolution. Biden may desire a broader agreement with Iran than covered under the 2015 nuclear deal, which Iran does not appear to be open to. It remains to be seen if a resolution will be forthcoming in the near term as Biden is currently also focused on the pandemic, the U.S. economy and climate change. Progress on these negotiations this month, or the lack thereof, will impact world oil prices.

For those keeping score, there continues to be uncertainty as to the overall impact on the Canadian oil and gas industry of the new Biden administration. However, with WTI oil prices currently near US$60, the sector is benefiting from higher cash flows and, finally, some positive investor interest. 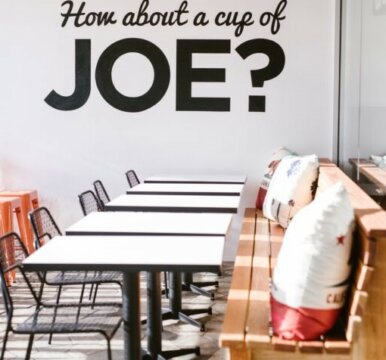