The COVID-19 pandemic has had a profound global impact on all facets of industry. However, it has hit certain industries harder than others. One particularly hard-hit sector is the oil and gas industry.

The pandemic has dramatically reduced demand for crude oil as travel has all but dried up and economies are rapidly entering recession territory. The resulting drop in crude oil prices led OPEC to propose increased supply cuts to its OPEC+ partner, Russia. When Russia rejected the proposal, Saudi Arabia immediately launched into a price war, opening its taps and flooding the crude oil market with supply just as demand was dropping rapidly. The result is WTI crude oil has dropped below US$22/bbl from approximately US$60/bbl just three months ago. Even more concerning for the Canadian oil and gas industry, WCS heavy oil hit a record low of US$5.06/bbl on March 27, 2020. To put that in perspective, in late 2019 when WCS prices crashed, largely due to the lack of oil and gas export pipelines which forced Alberta to institute a crude oil curtailment, WCS went as low as US$16/bbl. There was genuine panic at that price – a price that is over three times higher than the current price. The impact is seen in share prices, with the S&P/TSX Capped Energy Index declining by over 65% since the beginning of the year.

With one of Canada’s largest industries on the ropes, all eyes are on the federal and Alberta governments to provide some measure of support.

With one of Canada’s largest industries on the ropes, all eyes are on the federal and Alberta governments to provide some measure of support. Alberta has already said that it will fund the Alberta Energy Regulator industry-funded levy for six months. It will also extend the term of oil and gas leases expiring in 2020 by one year to give oil and gas companies additional time to drill on those leases. Finally, Alberta has also extended a $100 million loan to the Orphan Well Association to fund the reclamation and abandonment of orphan wells in the province (which will also provide some employment to the tens of thousands of unemployed oil workers in the province). The Alberta government is also expected to declare the oil sands as essential, with more information to follow on their continued operation during the pandemic. These are all helpful measures, but the provincial government can only do so much – more material support must come from the federal government.

The federal Minister of Finance, Bill Morneau, has suggested that aid for the oil and gas industry should be announced within days. One of the most important drivers of Canada’s economy waits with bated breath for that announcement this week. 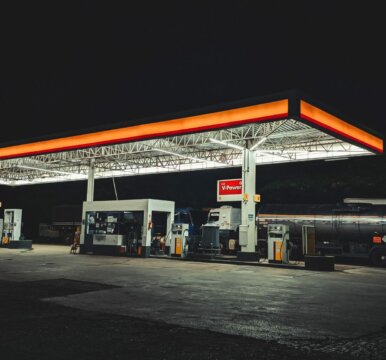